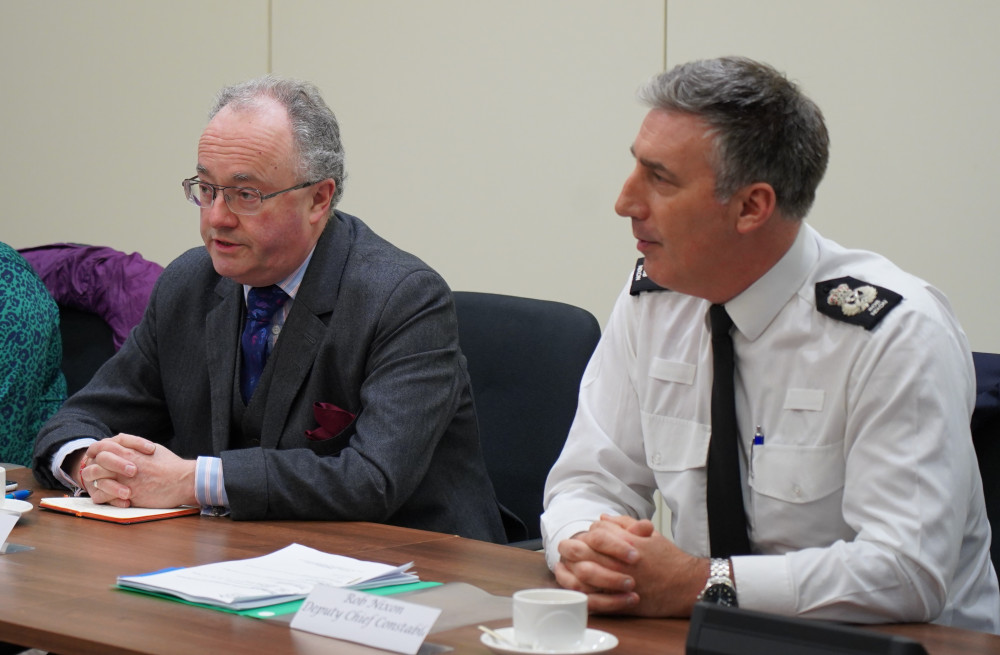 Rob Nixon has been confirmed as Leicestershire Police's new Chief Constable following a meeting of the area's Police and Crime Panel.

Mr Nixon was announced as the PCC's preferred candidate for the role last month.

He has served with Leicestershire Police for 28 years and began his career in 1993.

Chief Constable Rob Nixon said: "It is very special to lead Leicestershire Police, my home force and the place I have been proud to serve for nearly 30 years. Our latest national inspection showed we are a good force, but there are areas where we can do better.

"My focus as Chief Constable will be our service to the public. I want us to concentrate on the things that really matter to the people we serve – responding to the public, holding high standards, strong investigations and catching criminals. It's about getting the core service right.

"Leicestershire Police is on track to have the most police officers we have had for many years. That's great news but not the full picture. As Chief I will keep pressing for support for the frontline through investment in digital infrastructure, training, and looking after the wellbeing of our workforce. We need to support our new officers and staff to meet the demands of modern policing.

"It is an honour to be Chief Constable supported by a strong team. I am grateful to the Police and Crime Commissioner for his endorsement and support. You can expect me to lead with energy, drive, candour and an unswerving focus on service to the public."

Mr Matthews added: "I am delighted members of the panel share my confidence in Rob Nixon's abilities. He underwent an extremely searching and robust interview process to become the preferred candidate and today he went before the Panel for the Confirmation Hearing. The process is certainly no walk in the park.

"Rob has proven himself to be an outstanding leader since temporarily taking the role earlier in the year. Under his direction, the force has continued to deliver on and exceed its responsibilities to keep our communities safe, meeting some really stiff challenges with courage and strength.

"I have no doubt under Rob's guidance, the people of Leicester, Leicestershire and Rutland will continue to receive a first-class response to the issues that matter to them. Strengthening trust and faith in Leicestershire Police is vital to my work and I firmly believe Rob is the right leader to deliver this."

Mr Nixon has enjoyed a varied and demanding policing career.

In 2000, he was appointed as Detective Inspector in charge of the City CID and was responsible for introducing the force approach to Offender Management.

In 2008, he was appointed as head of the force's Community Safety Bureau with responsibility for the development of strategic partnerships, the implementation of neighbourhood policing and offender management and between 2009 and 2014, he was Chief Superintendent for the Leicester City Basic Command Unit, leading policing for the area.

Between 2009 and 2014, he was Chief Superintendent for the Leicester City Basic Command Unit, leading policing for the area and working with communities during two large scale English Defence League and Unite Against Fascism demonstrations. He was instrumental in the force's response to disorder during August 2012.

Throughout 2014 and 2015 he was head of business change and developed Blueprint2020 – a programme designed to decide how to make significant savings and take the force into a new era of policing.

He was promoted to Deputy Chief Constable in February 2018 and two years later, in December, was awarded the Queen's Police Medal (QPM) as part of the Queen's New Year's Honours List.