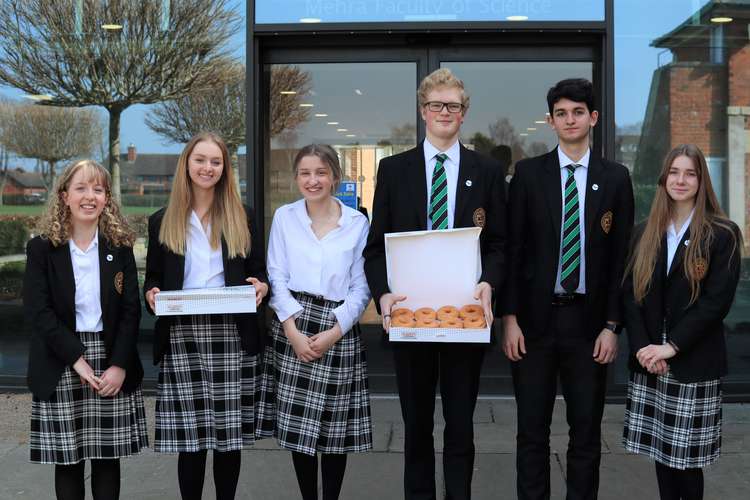 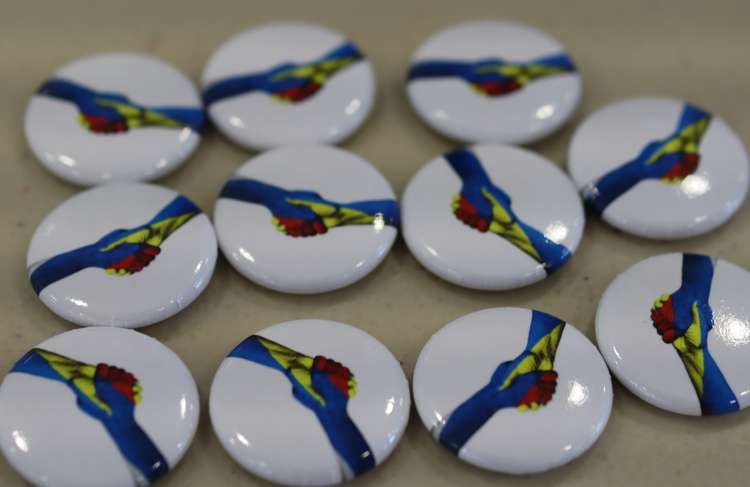 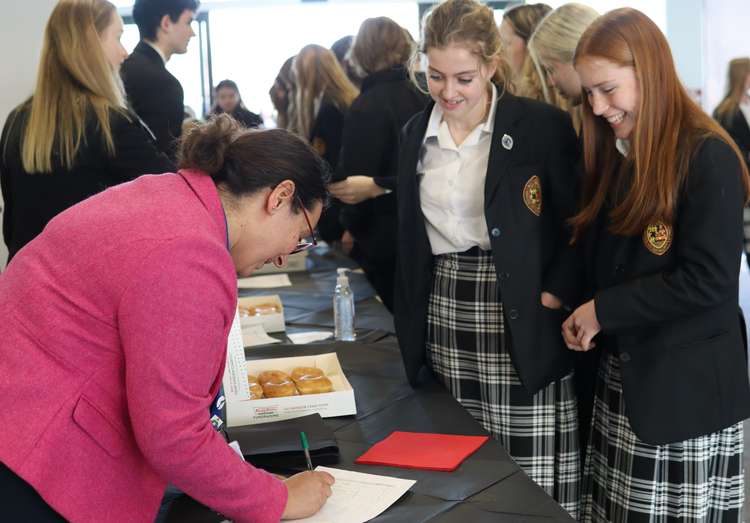 Both pupils and staff across Oakham School have been shocked and devastated by the news of the Ukraine crisis, and have come together to raise funds for those in need, some involved students being from Russia and Ukraine themselves.

A team of spirited Form 6 pupils raised money for the Red Cross' Ukrainian refugees aid with a badge and doughnut sale.

Three of the pupils in the team are from either Ukraine or Russia and, as friends, teamed up for the project as they wanted to show that they are united as communities.

The pin badge the pupils designed, created and sold features a handshake with each of the two hands covered in the Ukraine and Russian flags.

The pupils, with the much-appreciated support of their Business teacher Mrs Urban, organised the selling of pin badges in Houses and to staff who are now proudly wearing these around School.

Sargon, a Ukrainian pupil who helped to organise the fundraising activities, said: "We came up with the design for the badge as we wanted something that symbolised unity and to show that we have to be united together and support each other."

"It was important for us to create a fundraising platform which pupils across Oakham School could become involved in as we wanted to bring an awareness to what's happening in Ukraine and it's important for everyone to know what's currently going on."

"I was really excited to start fundraising as it was a good opportunity for me to contribute, however I could, to the whole situation and to help people in Ukraine. It's been really amazing to see how pupils across the School have contributed to this fundraising and have bought our badges – they're now all over campus."

Russian pupil Nikolay added: "By doing this project, we wanted to help victims of this conflict as well as raise awareness of the problem. Through the style of the badge, we wanted to show that Russian and Ukrainian nations are friends as they share centuries of the same history. One example of this is our friendship with Sargon that hasn't changed despite the war. I hope that we have encouraged people to monitor the situation more closely as it will affect everyone in the world."

As a further fundraising initiative, the Form 6 pupils then held a Krispy Kreme doughnut sale during their break time, which also raised money for the Red Cross charity to support the victims of the devastating conflict in Ukraine.

Leading up to the doughnut sale, the pupils developed important skills in planning, operations, and created striking posters to spread awareness of the fundraiser to their peers and staff members by putting them up around the School campus.

At the end of a busy fundraising project, the pupils now hope that the money raised will make positive difference to the lives of people affected by the current humanitarian crisis through the British Red Cross charity.

On top of this, the Chamber Choir performed and recorded a beautiful new composition by John Rutter A Ukrainian Prayer.

To find out about 50 years of co-education at Oakham School, click here.