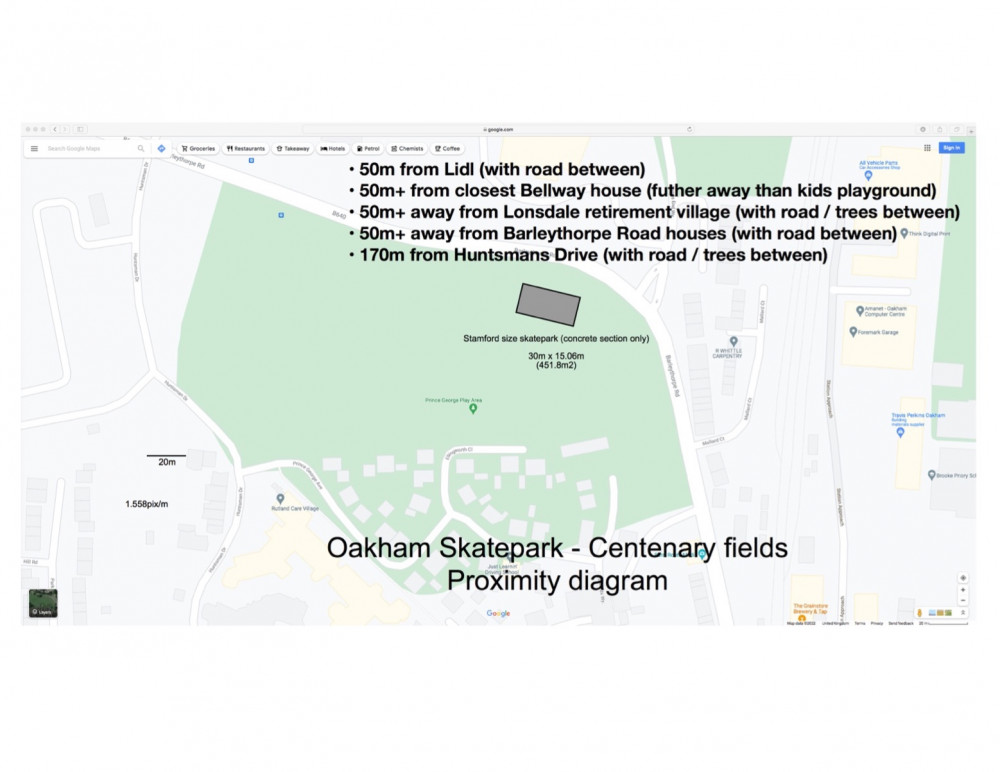 A local man has written in to Oakham Nub News sharing his view on the Oakham Skatepark Project, adding a large dash of satire to the conversation which has, over the past months, become heated on social media and at Town Council meetings.

This has been ongoing since June 2022, when Jon Dixon of The Oakham Skatepark Project approached Oakham Town Council proposing Centenary Fields as a location to build his long-discussed skatepark.

Since then Oakham Town Council's ROL House has played host to two meetings concerning the proposal to build the skate park in Centenary Fields. The first saw a great deal of opposition, while the second drew a great number of children who spoke in favour of the park being built.

Read about this here. 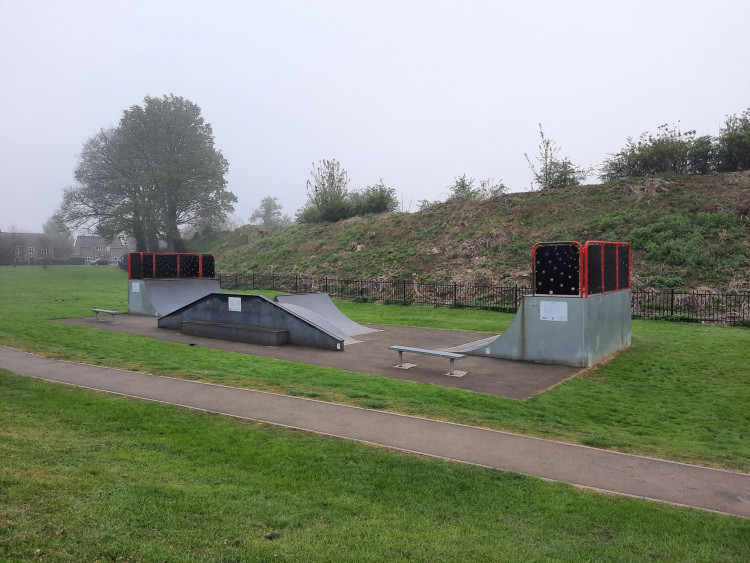 The current skatepark at Cutts Close cannot be developed.

Rutland resident and author Morgan, who is in support of the skatepark, has now compiled an entertaining report on why the building of the skatepark could, as he put it "cause intergalactic war". Please note that this is a satire, is not factual, and does not represent the views of Nub News.

Morgan wrote in, sharing a host of 'reasons' why the skatepark project should not go ahead at Centenary Field:

I know that issues have already been raised regarding the use of Centenary Field but I wonder if all Rutlanders are aware of the true cultural heritage significance of this piece of land - factors which should automatically rule out its use as a Skatepark. It's more than just an old farmers field on the edge of Oakham, you know...

In Chronological order: - Centenary Field first comes to our attention as the site of Britain's first prehistoric monument. Believed to pre-date Stonehenge by at least 500 years, the Derwcigmoch Ring was built in 3000 BC (Dewrfigmoch being the ancient Celtic name for Oakham as I'm sure you are aware).

The Derwcigmoch Ring stones were taken down about 2000 years later and used in the construction of the architecturally renowned Derwcigmoch Fort which guarded the western approaches to Derwcigmoch which by about 500 BC was a major Celtic trading centre. The fort survived and repelled countless attacks from the woad-painted barbarians of Melon Torrigwairbrau (modern Melton Mowbray) and their large base at Burrough-on-the-Hill (this hill fort still survives of course).

Derwcigmoch Fort finally fell to the Romans in around 100 AD and was completely dismantled with the stones being used to expand the now Roman town that lay to the east of it (now renamed Querculardum). However, what is now known as Centenary Field remained pivotally important in the life of the area as the pre-eminent Roman chariot-racing and gladiatorial arena for Eastern England. There are rumours, as yet usubstantiated, that Spartacus himself fought at the Centenary Field arena. This phase of this important historical landmark of course came to an end when the Romans left Britain circa 410 AD.

Centenary Field next explodes into the public awareness in the 8th Century when one of Britain's last remaining dragons was slain there by Sir Brookesy of Willow. The tremendous contest was fought over a period of five days and the scorch burns from the dragon's breath can still be seen on some of the ancient trees surrounding Centenary Field, if you look closely enough.

The Victorian age brought an explosion of development including to what was now known as Okeham Towne and you are probably unaware that many Victorian inventions saw their inception and testing at Centenary Field including the Photographic Camera, the Sewing Machine, the Flushing Toilet etc. We believe that Alexander Graham Bell ran a cable across the length of it to field-test his prototype telephone and also tried to see if the EM waves generated by his handset could be picked up by his assistant's set sans cable.

Yes! Although the experiment failed, Centenary Field is actually the birthplace of Mobile Telephony! Something to bear in mind if you are reading this communication on your own phone!!! Moving into the 29th Century, there are persistent rumours that John Logie Baird may have emulated Bell by conducting field trials there but this cannot be verified.

Coming right up to the present day, many people will be unaware that Centenary Field was on the Candidate List for the site of the Millennium Dome, The Shard, Burj Khalifa and most recently the UK Spaceport (with that bid being lost to Newquay, Cornwall of course). Musically, the list of famous bands who have played there is too long to mention in this short piece although I note that it does not, sadly, include the Freudian Slippers!

Finally, it's widely predicted (and you can check Nostradamus) that Centenary Field will be the site of First Contact. Imagine the embarrassment if the incoming alien spacecraft boinks off the edge of a grind edge seat wall and tips over on landing or that the leader of the aliens steps out of the craft, starts to say 'take me to your lea...d...e......r.. ' and falls down the ramp! This in itself should preclude any possibility of Centenary Field being used for the Oakham Skatepark location. It could, conceivably provoke an inter-galactic war - something Oakham Town Council should consider carefully when deciding on this issue in December....

A definite date for the next meeting concerning the skatepark at Centenary Fields has not yet been set, but you can sign up to the Oakham Nub News newsletter to keep up to date with the latest.